The mission of the Ceresco Academy is to be a privileged meeting point with producers to promote the highest standards of quality and thus maximise their success. 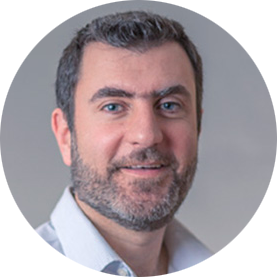 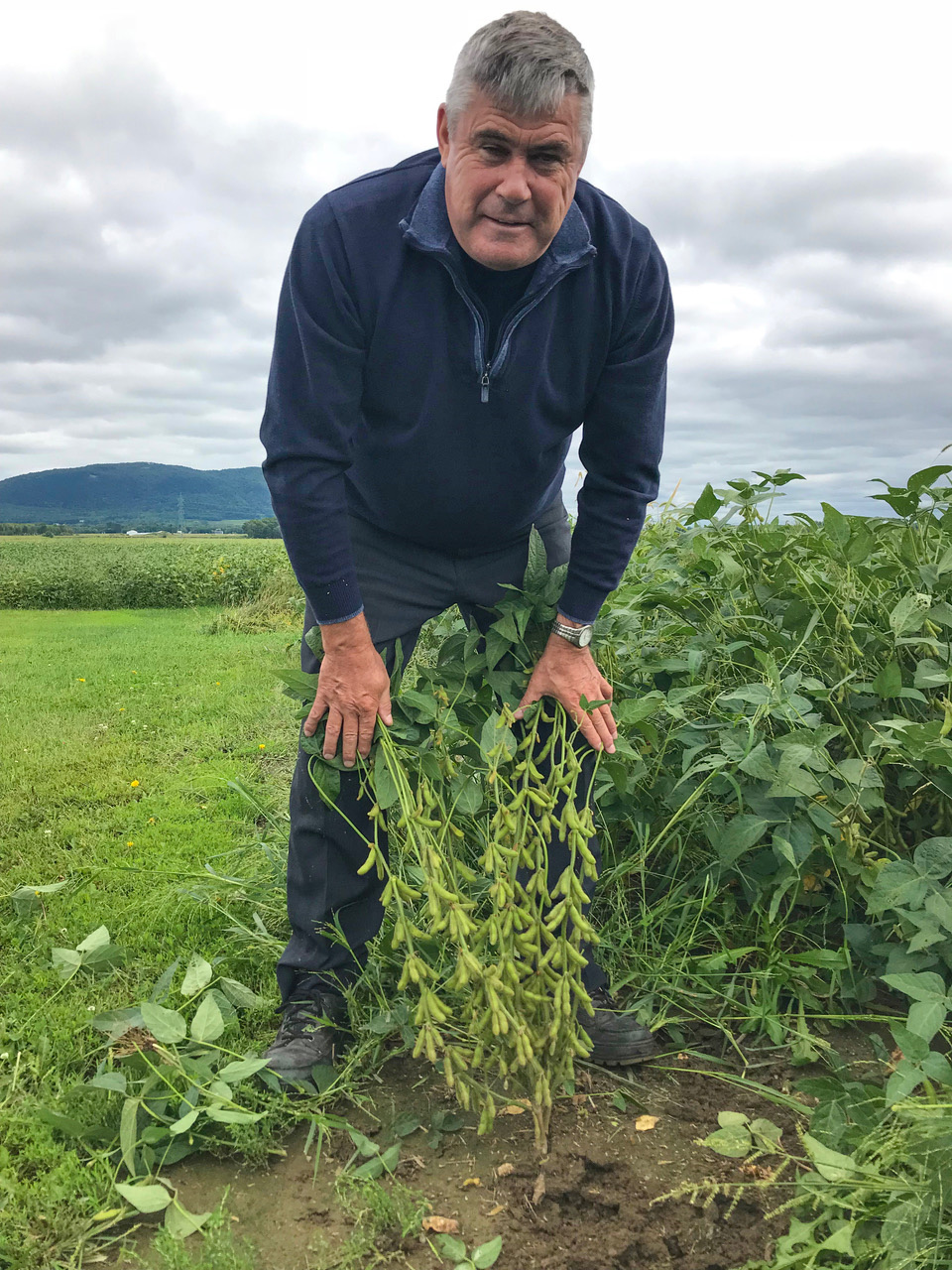 Passion, efficiency, discipline, and innovation are the four words that best sum up the agricultural career of Camil Tétreault and his long-standing partner, his wife Murielle.

From very early on, Camil dreamt of being his own boss and making a living from agriculture. Growing from his modest beginnings on his parent’s farm that mixed livestock and crops, he takes over the management of the farm with his wife in 1978.

Even though he maintained the livestock operation for 31 years before renting the installation to an integrator, he focused from the start on the yearly increase of his acreage. Today, the farm covers 4 000 acres and the 66-year-old producer still sets his sight on increasing his playing field.

In time, efficiency and innovation have moved to the forefront of company operations to maximize efficiency with the smallest team. At this time, the farm operates with a staff of 4, Camil, Murielle, and two employees. As Camil underlines,

«  it is harder and harder to find good team members. The equipment and machinery must increase the efficiency of each individual. Every piece of farm equipment is personalized to increase speed and safety »

As a resourceful do-it-yourselfer, Camil enjoys modifying and improving everything on the farm. All his equipment have cameras enabling full 360° views. He has also designed and built a 62 ft. grader with all the advantages of an OEM unit but better suited to his needs as well as a conveyor at the back of his truck to fill his seeder more quickly to name but a few improvements.

Camil has invested in a state-of-the-art grain bin setup to dry, weigh and store his crops and thus cash-in on optimal price and market conditions. Everything is automated to allow for minimal human involvement. His acreage is split amongst 11 different municipalities in the Montérégie region, such as Saint-Basile, Chambly, Beloeil, and Carignan. The main operation is in Saint-Pie. 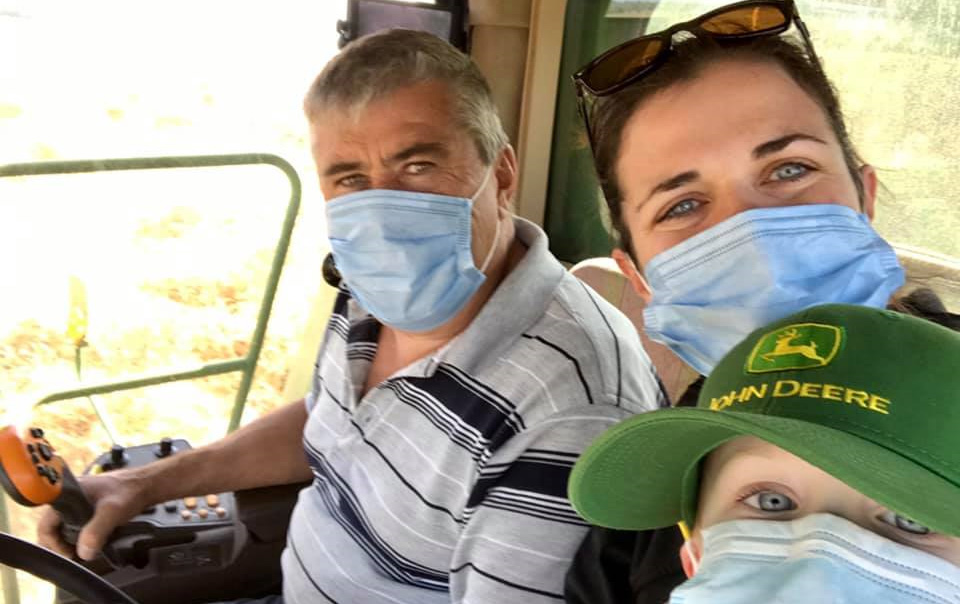 "Mr. Camil Tétreault with his daughter Caroline and his grandson Émile"

His fields are mainly clay and he works them minimally favoring no-till seeding. This enables to cut the number of field visits (no ploughing); occasionally the soil is worked lightly in the spring to cover the remnants of the harvest in a few areas.

His essential equipment consists of two 40 ft air seeders with a central loading bin, two large combines as well as a few on-the-road trucks. Weather permitting, he can plant or harvest all 4000 acres in a 10-day window

For the last two years, all of his fields were seeded with IP soybeans. As he points out: « IP soybeans are the most profitable for my fields as the input costs are lower than for corn. Up until 2018, I seeded corn and GMO soybeans. But I was concerned about the continued bad press of GMO soybeans. After a meeting with the Ceresco team, I decided to go with IP. The premiums on IP varieties increased the profitability of my business. Hicham, my Ceresco advisor convinced me that with my considerable acreage and storage capacity, I had the best opportunity to give myself the best result. 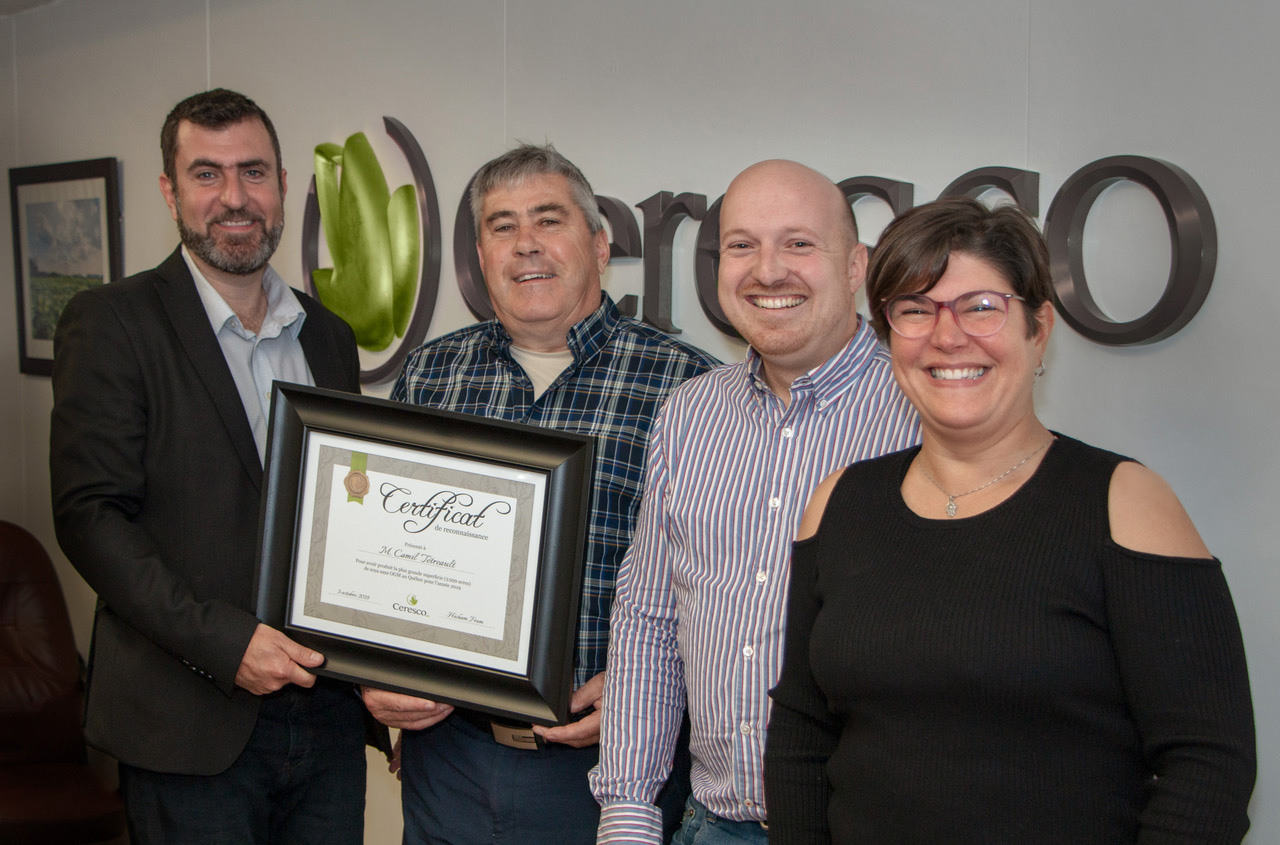 The C.M. Tétreault farm plans to once again plant IP soybeans in 2021. Acreage will however be reduced as 1 500 acres will be seeded with corn to ensure culture rotation and tackle tougher weeds. The remaining 2 500 acres are earmarked to IP soybeans. The producer confirms the absence of disease in his fields even though his rows are spaced at 7 in. and 15 in., the spacings he believes to be the most productive on his land. He trusts his Ceresco advisor for the selection of the right varieties that will provide the best yields and returns on his investment.

He recommends that producers try IP soybeans as it is a profitable option. It requires a disciplined approach to avoid contamination during seeding, harvesting, and storage. One must also see to the proper state of the fields (fertility, weed control, drainage, etc.) to guarantee the best possible harvest.

Camil is about to set the wheels in motion with the new season while also looking at acquiring additional acreage even though prices are high. Always excited about new projects, he is well supported by his accountant and his bankers. As he says: « My equipment can easily deal with a few more acres ». The words of a man with a passion and ambition for agriculture! 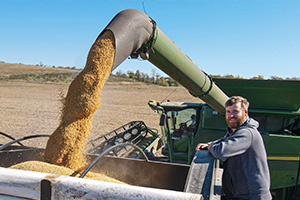 Devoted to Agriculture for 5 Generations and Counting

Ian Laver, a young producer from Warkworth – Ontario, shares his passion for farming done well. Discover how he increased his income by growing IP soybeans. 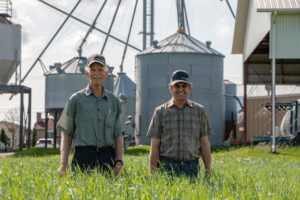 Janlau Farm : A third of a century in organic production

The farm came to legally in 1973 and consisted of a small dairy farm and around 500 acres of hay, cereals, soybeans, and corn production. 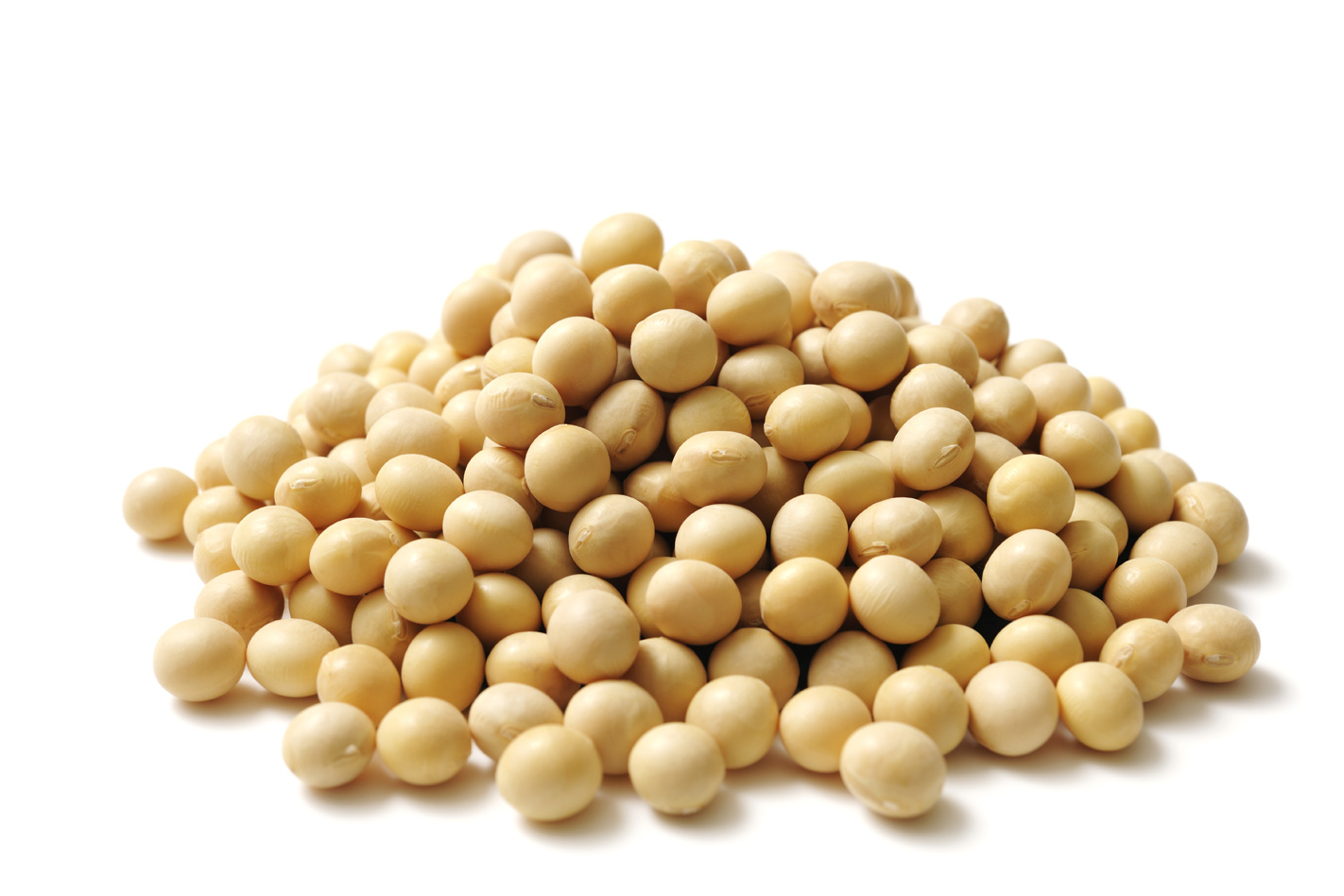